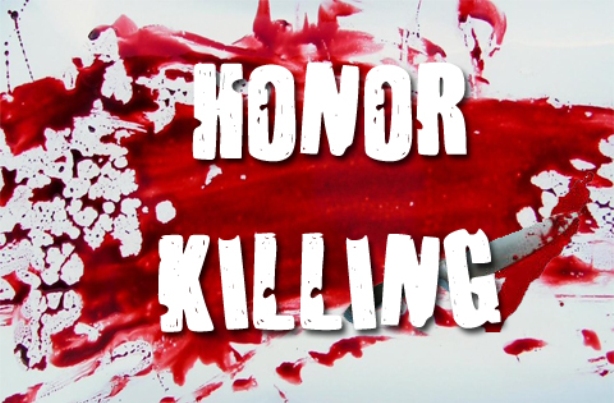 “Honor Killing is an act in which the killing of women by men only in the family
This is because men feel that the respect of their families has been damaged”.
“Human Rights Watch”

The word “respect” crime is misleading not just because it means that such crimes are “respected”. It also gives the impression that these crimes are a product of “culture” – customs and traditions – that are specific to certain communities or religions. Combining such crimes with strong traditions and with certain communities only hinders the acceptance of the fact that these crimes are so prevalent in India, in all regions and communities. For example, in 2010 when Nirupama, a journalist student, was killed by members of her family in Jharkhand for plotting to marry her boyfriend from another party, the then Chairman of India’s National Commission of Women said she did not count it as “honorable” because such killings were specified in India’s Haryana state. “khap panchayats” (community councils) exist.

In other words, “honor killing” is a somewhat misleading cultural term from murder for perpetrators who see a loss of respect for perpetrators usually by the men and women of their victims. Respectful killings have been described as behaviors that divide communities, cultures, religions, and nations and are reflected in many forms of violence directed at many situations, targeted at women including murder (Honor Killing) and forced marriages, Honor Killing is considered a crime that threatens social cohesion and harmony. as a barrier that prevents women from making progress in their lives. Honorius Holocaust and Punishment have been documented for centuries amid widespread varsity of national and religious groups throughout the world.

The word ‘honor killing’ is difficult to define because civilized society argues how the word ‘murder’ can be associated with respect (respect). The word ‘thanksgiving’ is used to kill to protect the so-called honor.

Historically, there is no evidence of a massacre, but some scholars believe that it may have originated among the Baloch people of Baluchistan on the South Peninsula of South Asia and that as these people spread, these cases spread throughout the world. They were spreading. It is possible that this crime has spread to Pakistan and India with theories and has spread all over the world.

According to Human Rights Watch, murder is an act in which women are killed by men in the family simply because men feel that they and their family’s dignity have been tarnished.

Studies have shown that either based on suspicion that a woman has an immoral relationship with a man or that infatuation due to illicit intercourse or termination of menstruation due to anemia also becomes the basis for suspicion of men in the family. punish them. It would not be wrong to say that women are abusing themselves in a murder case, which is often overlooked.

In India, honorable killings take place when a couple marries out of wedlock. Khap panchayats also oppose and impose sanctions on couples who marry within the same family (or pedigree) or violate other social norms. The basic reason for honor killing is respect, the idea that family honor is tied to women’s innocence. Thus, a variety of factors can be involved in honorable killings such as marital infidelity, pre-marital infidelity, illicit relationships, rejection of a planned marriage, or even rape.

Violence against women’s independence, in all matters and especially in matters of sex and marriage, is one of the most widespread and active forms of sexual violence in India – and also less well known. It is a form of violence that is hidden from view. Violence (targeting both men and women) to prevent a woman from exercising her choices in love and marriage is not well documented as India has no specific law against the crime of “honor”.

A major problem with the issue of punishing those convicted of murder is that no one comes forward as a witness. Even the public seems to support the case. The shocking situation is that the people of the area do not stop there, they also appear to be celebrating these acts.

Speaking of the Indian Penal Code, in 1860, under this, hate crimes such as honoring murder have not been defined as separate punishment until now. However, this action falls under the definition of Section 300 (murder) or Section 299 (criminal human slaughter) of the Indian Penal Code. It seems to me that while broad categories and criminal penalties are detailed in the Indian Penal Code, the reason for not including respect for murder as a crime may be that when the sentencing law is compiled, after that the members of the First Law Commission never thought that such a heinous act could be committed by any civilized society.

Just as the Sati practice is almost eradicated in India, the following recommendations should be made to eradicate honor killing crimes.

(1) Khap Panchayats must be free and must be duly notified by law.

(2) Women should be educated.

(3) Work must be done to empower women to become self-reliant.

(4) Separate marriages must be promoted.

(5) Legislation and administration must be permitted to enable them to take appropriate action within a reasonable time.

(6) In the case of such cases, there must be a firm punishment in the courts after due consideration, which may cause fear in the minds of the criminals.

In implementing the above ideas, the judiciary, the administration, and the general public, especially the youth, will have to come forward to eradicate this hateful, immoral, and vicious crime from society.

Gradually, as more laws were amended, the government took action to stop the practice of honor killing. Significant progress in the case of Shakti Vahini v. Union of India, 2018, which was one of the most important cases, and the decision was handed down by Judge Dipak Misra according to the motto, “Liberty, taking a name in its practical sense means the right to choose.” The cunning mind must melt into darkness and open up a smooth road to freedom. The right to enjoy freedom must always be maintained and zealous, to grow in power and glory.

Strong action and changes have been made by the Rajasthan government bypassing the latest bill of The Rajasthan Prohibition of Interference with the Freedom of Matrimonial Alliances in the Name of Honor and Tradition Bill, 2019.