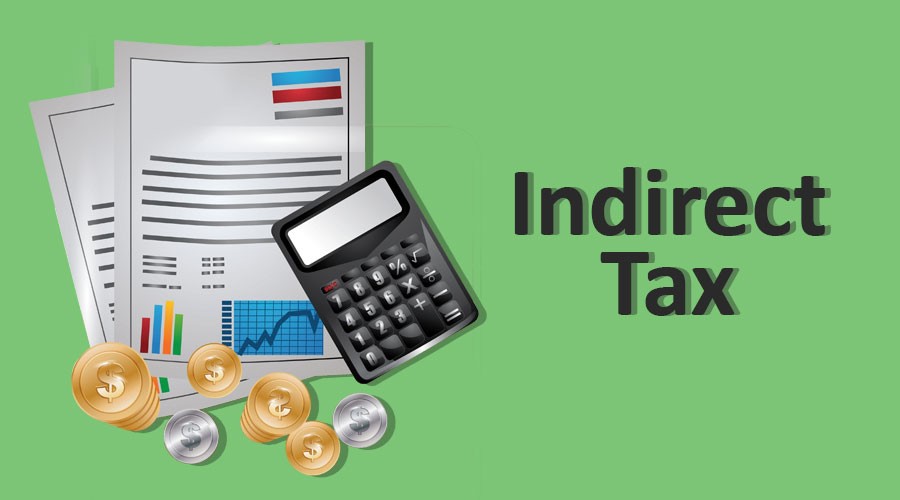 India is a Socialist, democratic and republican country. The federal structure of India comprises central and state-level Governments. Both Governments partake prime responsibilities including meeting the increasing development needs & requirements of the country. The primary source of revenue is the levy of taxes only. In fact, in order to stimulate economic growth and to fulfill socio-economic objectives, the tax is considered to be the most important source of revenue for the Government.

A tax is a mandatory contribution from a person to the charges incurred by the state in the common interest of all without reference to specific benefits conferred on any in- dividual. The tax cannot be regarded as voluntary payment or donation. Rather, it is executed contribution which is ex- acted through legislative authority.

“A tax is an obligatory financial charge or some other type of levy assessed upon a taxpayer (an individual or other legal entity) by the Government in order to fund various public expenditure”. It may be noted that the tax is an obligatory payment because a failure to pay or avoidance of or resistance to taxation, is punishable by law.

A direct tax is paid directly by an individual or association to an imposing entity. It is a type of tax where the incidence and impact of taxation falls on the same entity. It means mass of direct tax cannot be shifted by the taxpayer to someone else. The significant direct tax imposed in India is Income Tax.

1. Taxable Event: The indirect taxes are levied on purchase/sale/manufacture of goods and provision of services.
2. Incidence & Impact: In case of indirect taxes, the incidence and impact fall on two different persons. It means the tax burden is shifted by the supplier to the buyer or recipient of goods or services.
3. Regressive Taxation: The indirect taxes do not depend on paying capacity as tax payable on commodity is same whether it is bought by a poor man or rich person. Thus, indirect taxes are regressive in nature. There are exceptions to this argument as higher taxes may be imposed on luxury goods.
4. Impact of Indirect Tax: The indirect levy of tax on goods and services increases its price which leads to an inflationary trend.
5. Promotes Welfare: The dangerous or sin products like alcohol, tobacco, etc. are taxed at higher rate. This does not only discourage consumption of such goods but also increases the revenue of the State.
6. Major Source of Revenue: In India, the collection of indirect taxes in total tax revenue is more than 50% which becomes a matter of major source of tax revenue for the Government.

In India, the constitution is Supreme and all laws and conduct of the Government are sub-ordinate to it. The constitution of India states that no tax shall be levied or collected except by authority of law. The Structure of Government in India is federal (civil) in nature. As per “article 1(1) of constitution” , India shall be union of States. There is a bifurcation of powers between union and states. Government of India (Central Government) has certain powers in respect of whole country. Each state (and union territory) has certain powers in respect of that particular state (Union territory).

The power to levy taxes and duties is distributed among the three categories of Government, in accordance with the vittles of Constitution of India. The constitution consists of a preamble, 25 parts having 448 articles and 12 Schedules.

1. Article 265: It states that no tax shall be levied or collected other than the authority of law. In fact, it ensures no arbitrary collection of tax.
2. Article 246: The authority to legislate law and levy taxes and duties is given by constitution vide Article 246. The Parliament may make laws for the whole of India or any part of the territory of India, the State legislature may make laws for whole or part of the State.
3. Seventh Schedule (to Article 246): The Seventh Schedule contains three lists which enumerate the matters under which the union and the State Governments have the authority to make laws.

a) List I (Union List): The Central Government has the exclusive right to make laws in respect of any matter covered in this list. Parliament makes law in this regard. Some of the particulars in List I are defense of India, naval, military and air forces, atomic energy and mineral resources, central bureau of intelligence and investigation, railways, highways, currency, RBI, post office saving bank, taxes on income other than agricultural income, duties of customs, corporation tax.
b) List II (State List): It contains the matters in respect of which the State Government has the exclusive right to make laws. These matters include public order, police, local government, public health and sanitarium, hospital, burials and burial grounds, cremation ground, libraries, water, fisheries, betting and gambling, etc.
c) List III (Concurrent List): It contains the items in respect of which both Central & State Governments have powers to make laws. This list includes criminal laws, criminal procedure, marriage and divorce, contracts including partnership, agency, bankruptcy and insolvency, trust and trustees, trade unions, industrial and labor disputes, etc.

1. Central Excise duty
It is an indirect tax levied on those goods which are manufactured in India and are meant for home consumption. The taxable event is ‘manufacture’ and the liability of central excise duty arises as soon as the goods are manufactured. It is a tax on manufacturing, which is paid by a manufacturer, who passes its incidence on to the customers.

2. Service tax
It is a tax levied by the government on service providers on certain service transactions, but is actually borne by the customers. It is categorized under Indirect Tax and came into effect under the provisions of Finance Act, 1994.

3. Customs Duty
It refers to the tax imposed on the goods when they are transported across the international borders. The idea behind levying customs duty is to safeguard each nation’s economy, jobs, environment, residents, etc., by regulating the movement of goods, especially banned and restrictive goods, in and out of any country.

4. Value Added Tax (VAT)
The value added tax (VAT) was introduced in India in 2005. It is a multi-point system of taxation on sale of goods wherein a medium is provided to grant credit for tax paid on inputs. Under VAT, the tax is collected in Stages a transaction involving sale of goods. The input tax (i.e., paid on purchases) is rebated against output tax (i.e., tax payable on sales).

Under the VAT system, the net tax payable is calculated in the following manner:
VAT = Tax collected on sales – Tax paid on purchases

The various possibilities of credit for VAT paid on the purchase is called variants of VAT. The VAT has three variants:
a) Gross Product Variant
b) Income Variant
c) Consumption Variant

This effect implies charging tax on tax. In other words, at the time of levy of tax, the total value is considered which is inclusive of all taxes paid up to that point. In this manner, if the tax is always charged on the selling price of the product, the burden of tax keeps on adding at each point of sales. In this procedure, the effect of taxation magnifies as at each level tax is calculated on value, which includes taxes already levied and paid. The charging of tax on tax is called as ‘Cas- cading Effect of tax’.

VAT has been developed to avoid cascading effect of taxes. This has become possible as tax is effectively charged only on value addition at each stage and not on the entire sale price. The cascading effect has been averted through a tax credit system, called Input Tax Credit.

Input credit means at the time of paying tax on output, you can reduce the tax you have formerly paid on inputs and pay the balance amount. When you purchase a product/service from a registered dealer you pay taxes on the purchase. On sales, you collect the tax. You acclimate the taxes paid at the time of purchase with the amount of output tax (tax on sales) and balance liability of tax (tax on sales minus tax on purchase) has to be paid to the government. This mechanism is called application of input tax credit.
For illustration- you are a manufacturer:
• Tax payable on output (FINAL PRODUCT) is Rs 450
• Tax paid on input (PURCHASES) is Rs 300 c. You can avail INPUT CREDIT of Rs 300 and you only need to deposit Rs 150 in taxes.

Who can claim ITC?

ITC can be claimed by a person registered under GST only if he fulfils ALL the conditions as specified.
• The dealer should make a tax invoice of the sales.
• The said goods/services have been received
• Returns have been filed.
• The levy of tax charged has been paid to the government by the supplier.
• When goods are received in instalments ITC can be claimed only when the last lot is received.
• No Input Tax Credit will be allowed if depreciation has been claimed on tax component of a capital good.
A person registered under composition scheme in GST cannot claim ITC.

In Pre-GST era, the concept of ITC was prevailing in VAT, Excise and Service Tax. The following important points may be noted about the entitlement of ITC under VAT:
a) It is allowed to a registered dealer.
b) It is also allowed in respect at VAT paid on purchase of capital goods.
c) The Central Sales Tax (CST) paid on purchases made from outside state is not allowed as ITC.
d) It is allowed only if the purchases are made from a registered dealer.
e) The ITC is not available in respect of purchases from a dealer who has availed composition scheme.
f) Its goods have been used to manufacture the exempted goods; ITC is not available.