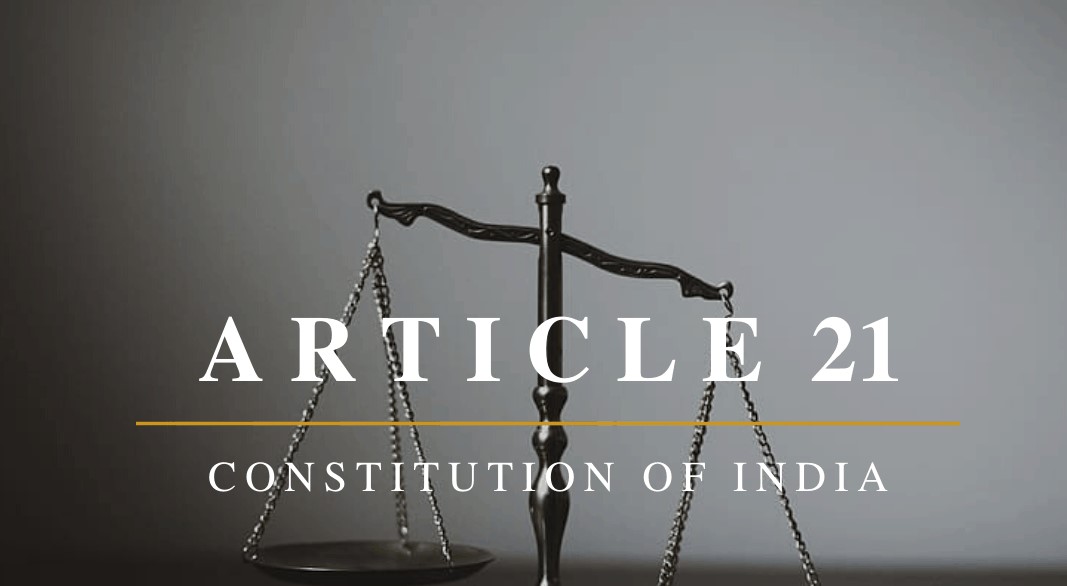 It is a very well known fact that legislature (state and union) has the sole power to make laws. However, the power of making laws is not absolute and is subject to adjudication by the judiciary. While it is very clear that judicial activism has been increased in the 20th century, we can also observe how creative the judiciary has become recently in the case of interpretation of Article 21 in number of ways possible. The term ‘life’ in Article 21 is not the mere animal existence. Article 21 has been interpreted widely by the judiciary so that it may include every other right which makes life of an individual meaningful, complete, dignified and worth living. Some of the elements that are related to Article 21 are discussed separately below-

RIGHT TO HEALTH AND MEDICAL CARE

A person cannot enjoy his rights if he/she is suffering from health ailments. A healthy body is required as it is the base of all the human activities. In the case of Vincent V. Union of India , the Supreme Court held that healthy body is the very foundation and humans without a healthy body cannot enjoy their rights and cannot live their life with dignity. Under Article 47 of Indian Constitution, the Directive Principles of State Policy provides for improvement of health and prohibition of drugs as the state’s duty

There are certain rights under article 21 which are available to the prisoner0s in the view that they must not be deprived of their fundamental rights only because they are convicts of certain crimes. However, they are not allowed to enjoy all the fundamental rights0 like right to move freely in the territory of India. Some of such rights of the prisoners which are protected are as follows :-

A prisoner has the right to free legal aid and right to appeal in higher courts. The free legal aid is provided to the person accused if he is too poor to afford a counsel for his representation. In the case of M.H. Hoskot V. State of Maharashtra, the Supreme Court held free legal aid as important ingredient of fair trial. The prisoner must also be given sufficient time to appeal in the courts. Prisoners, who are in custody and detained or suspicion, have right against custodial violence. Due to lot of custodial deaths and third degree methods. A person’s fundamental right under article 21 is violated and Court has classified them as against human dignity. The Supreme Court , in the case of Attorney General of India V. Lachma Devi , held that a barbaric crime should not be punished with barbaric penalty. Direction for death sentence (public hanging) was held unconstitutional and violative of article 21

we can draw the conclusion that before the case of Maneka Gandhi, definition of life and article 21 had been much narrower, like right to education was kept under DPSP and there was no thought given to right to privacy, but the judicial activism plus the judicial creativity led to wider interpretation of article 21 which included every possible perspective of right to life. The Supreme Court has played a very significant role in interpreting article 21 and it is quite possible that we can see certain more dimensions added to word ‘life’ under article 21.